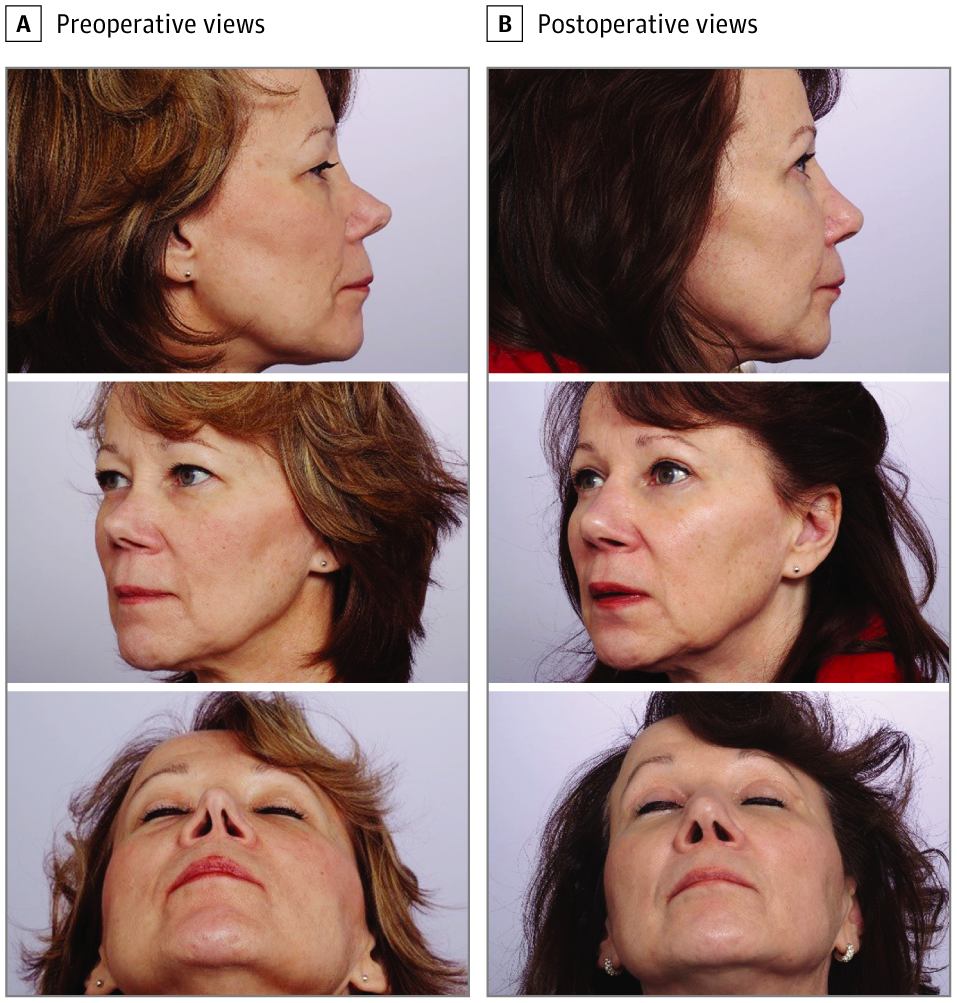 A middle-aged woman presented with saddle nose deformity after prior rhinoplasty. The patient related concerns of chronic nasal obstruction, which had worsened in the years since her procedure. She was also concerned about the appearance of her nose. She wished to have the deformity corrected and to have normal breathing restored.

Examination demonstrated severe nasal saddling with collapse of the cartilaginous dorsum and a deficient bony dorsum due to prior overresection. In addition, the upper lateral cartilages demonstrated an inverted-V deformity. Her nasal tip was overrotated, and the lower lateral cartilages (LLCs) were weakened, producing a pinched nasal deformity (Figure 1). Findings of the Cottle maneuver were positive. Marked internal nasal valve collapse was present, causing substantial functional deficit. Much of the septal cartilage had been resected.