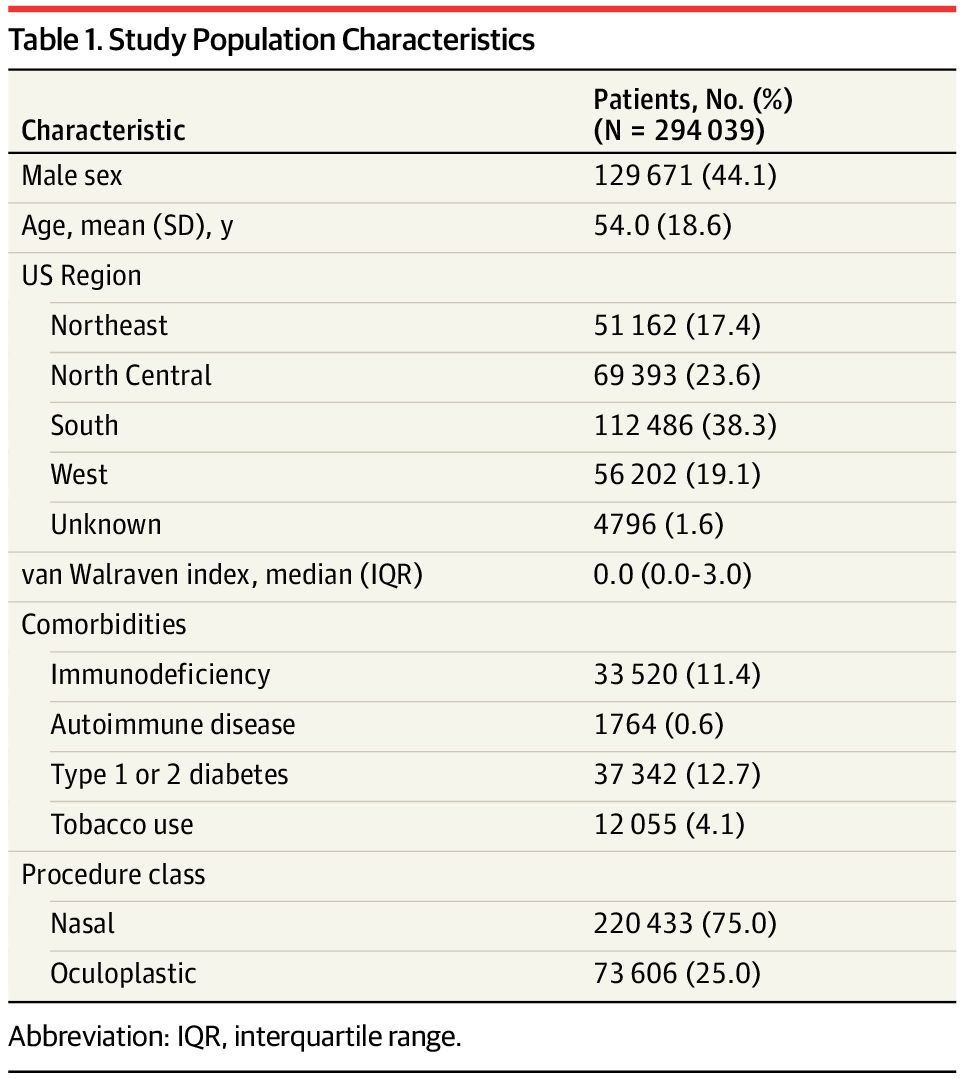 Question  How frequently are antibiotics prescribed after nasal and oculoplastic procedures, and is antibiotic use associated with reduced postoperative infection rates?

Meaning  Antibiotic use after facial plastic and reconstructive procedures is associated with decreased rates of postoperative infections.

Importance  Best practices for antibiotic use after facial plastic and reconstructive procedures have been the subject of much debate, and there is a need for large-scale data to guide further development of evidence-based guidelines for antibiotic use in this setting.

Objective  To assess patterns of postoperative antibiotic prescriptions and infection rates after nasal and oculoplastic procedures.

Design, Setting, and Participants  A retrospective population-based cohort study was conducted using IBM MarketScan Commercial and Medicare Supplemental research databases of 294 039 patients who underwent facial plastic surgery procedures between January 1, 2007, and December 31, 2015. Patients were excluded if they were younger than 18 years, lacked continuous insurance coverage for 1 year before and after the procedure, or underwent additional procedures on the surgery date of interest. Statistical analysis was performed from January 1, 2007, to December 31, 2016.